Ministry to children is an integral part of parish life in Cork, Cloyne and Ross.

In non-Covid-19 times, throughout the diocese, activities are normally held weekly, monthly and annually. These activities include Sunday Club, Children’s Choir, Parent and Toddler groups, uniformed Girls’ and Boys’ Brigade, midweek clubs as well as summer holiday clubs.  Weekly school assemblies are held in all parish schools throughout the diocese and many parishes hold regular Family or Children’s services, which give children the opportunity to take part in leading worship. 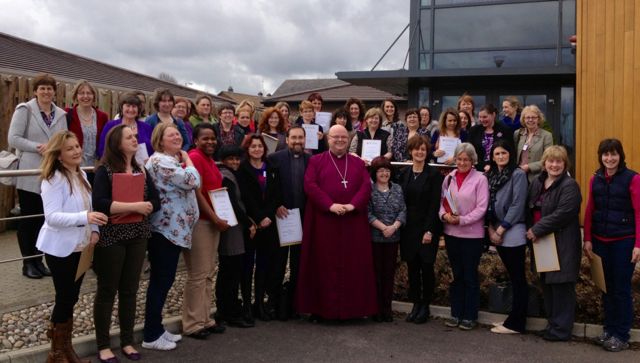 All of these activities are led by a huge number of committed volunteers who value the opportunity to accompany the children as they grow in faith. Training for leaders is something that is encouraged and supported by the Bishop and is provided by the Children’s Ministry Network.

The Network was set up in 2011 and its role is to support leaders in the local setting though the provision of training and resources. At present training for leaders is provided locally by the clergy and at the annual Building Blocks Conference, which has been held in Dublin and Belfast and is currently held on-line.  The Church of Ireland Children’s Ministry Course, certified and run by the Church of Ireland Theological Institute, when it is run, is held in various locations throughout the country.

In 2013 forty five volunteer leaders from the diocese were trained and are now actively working with children in their home parishes. That same year, the Cork, Cloyne & Ross branch of the Children’s Ministry Network was set up under the leadership of Anne Skuse, then from 2014 until 2020 was under the leadership of Elaine Murray.   Currently (January 2021) the group consists of David Bowles (co-ordinator) , Jacqui Wilkinson,  Susan Colton, Isabel Jackson, Cliff Jeffers & Elaine Buttimer.

If you have any questions about any aspect of Children’s Ministry in the diocese, The Revd David Bowles may be contacted at 089-2364969 or dgdbowles@gmail.com

CC&R’s Children’s Ministry Network have organised many training days and workshops since 2013.

‘A Road map through Lent’  in 2014 and  ‘Come, let us adore Him’ in 2015 provided resource ideas for use during Lent & Easter and then Advent, Christmas, Epiphany and Candlemas

In 2016 John Hardwick, the well known Children’s Holiday Club Author and engaging Storyteller, led an evening Training Workshop for Leaders in Northridge House, St Luke’s Mahon called  ‘Get Ready for Summer!’ which offered creative and practical ideas on how to engage with children.

In 2017, there was a ‘Brilliant Banner Bonanza‘ Workshop in Carrigaline where seven Parishes from across the dioceses were represented on the day and brought home their own individual Alleluia Easter Banner made all by themselves. 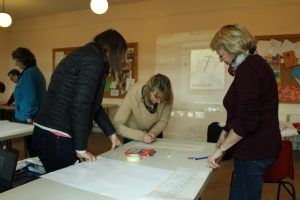 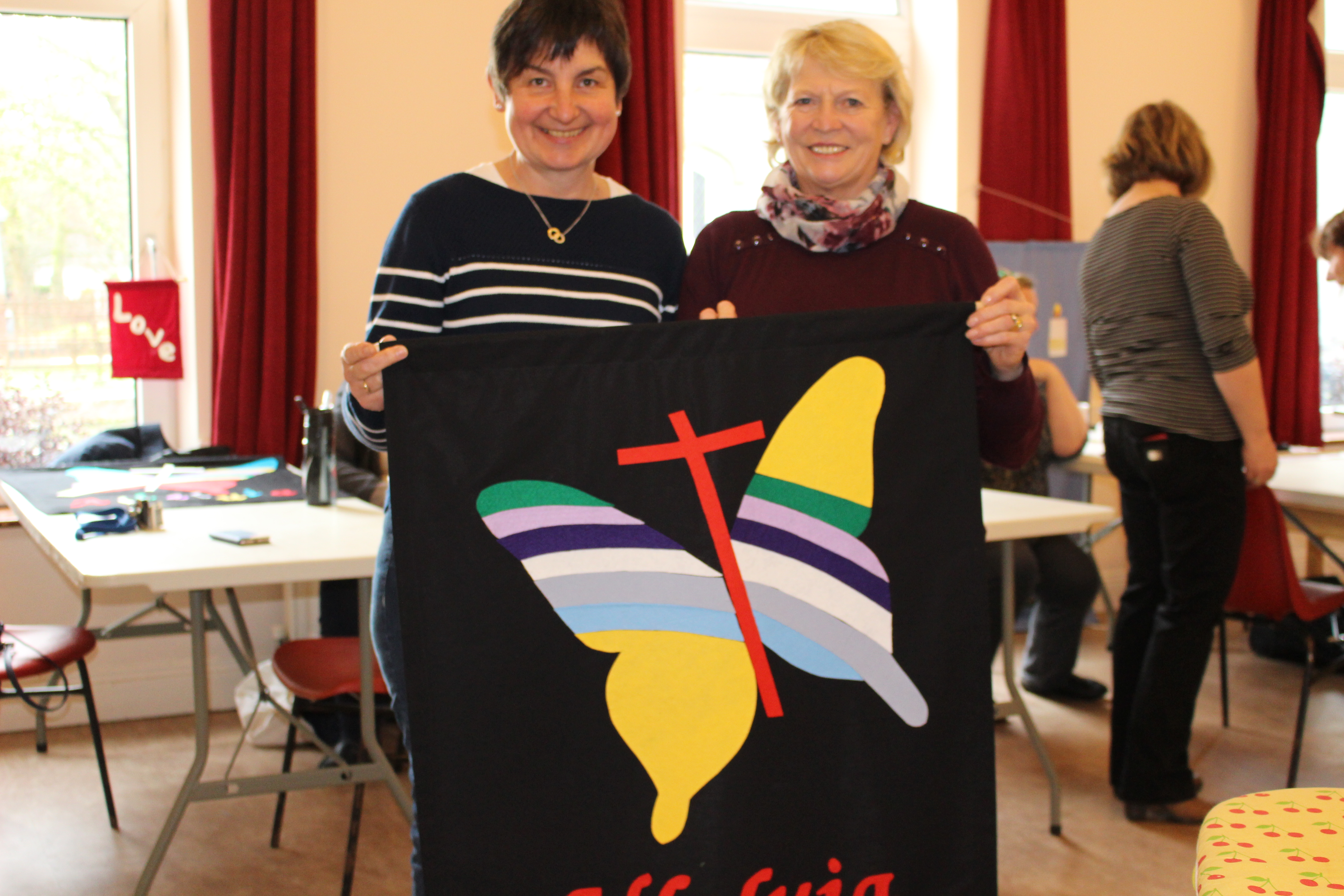 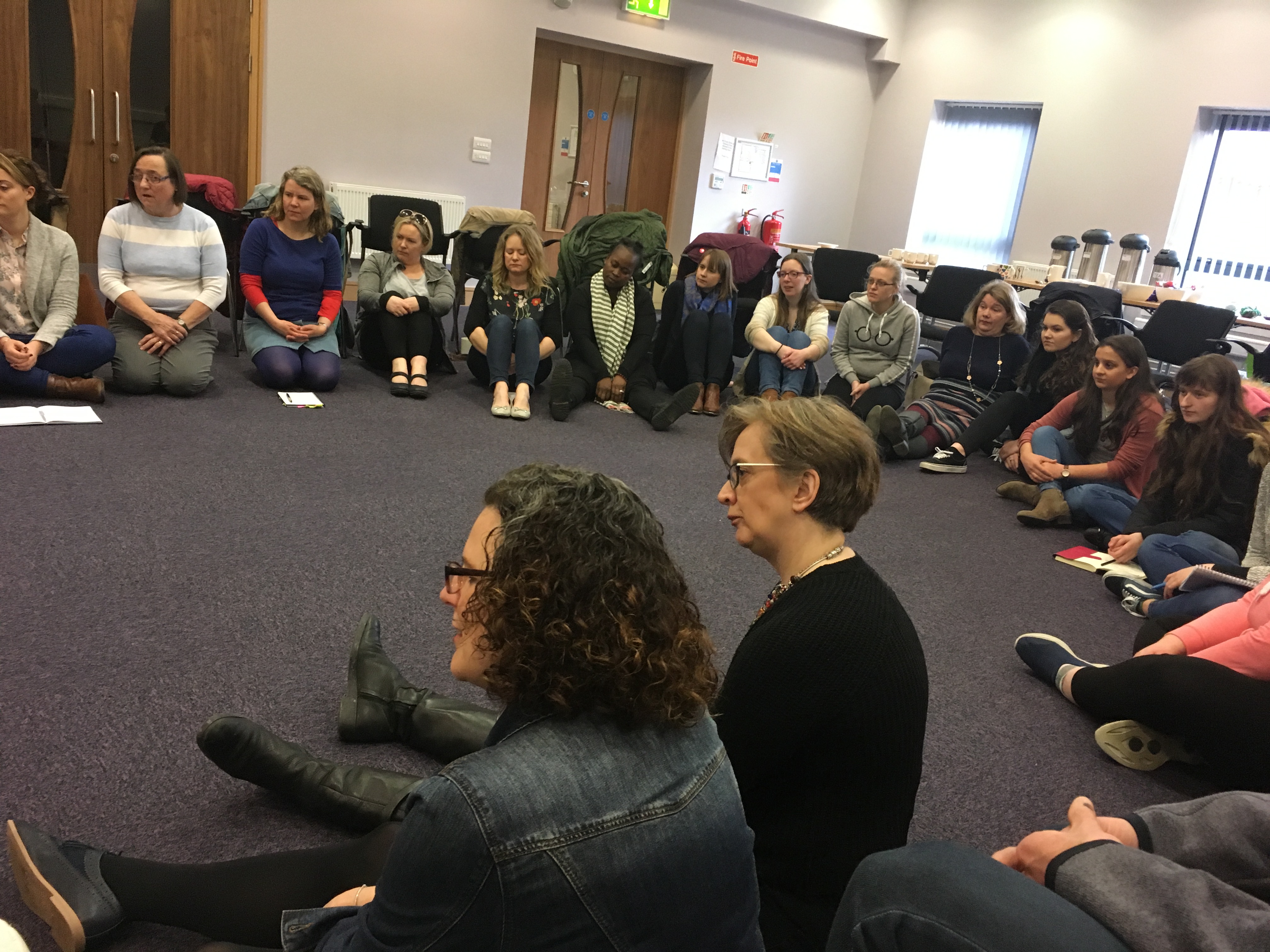 In 2018, there was a very enjoyable Workshop on ‘Godly Play‘ led by Cora O’Sullivan.  Over 30 attendees were spellbound by the Cora’s demonstration of the Godly Play approach which can help children to explore their faith through story. Godly Play technique, based on Montessori teaching principle  gently teaches religious language while enhancing the children’s spiritual experience though wonder and play.

In February 2019, a Mental Health Training for Working with Children was held in Northridge House, St Luke’s Mahon .

Led by Tom Tate (www.whymind.ie) the Workshop was a timely discussion around the mental health needs of children – How do we ensure we create a caring, safe and welcoming environment in our ministries for children who may suffer from issues around their mental health while at the same time, understand the responsibility we hold as caregivers in our ministries relating to these issues, and identifying the time to pass on concerns we may have. A most informative and useful session attended by clergy and lay workers. 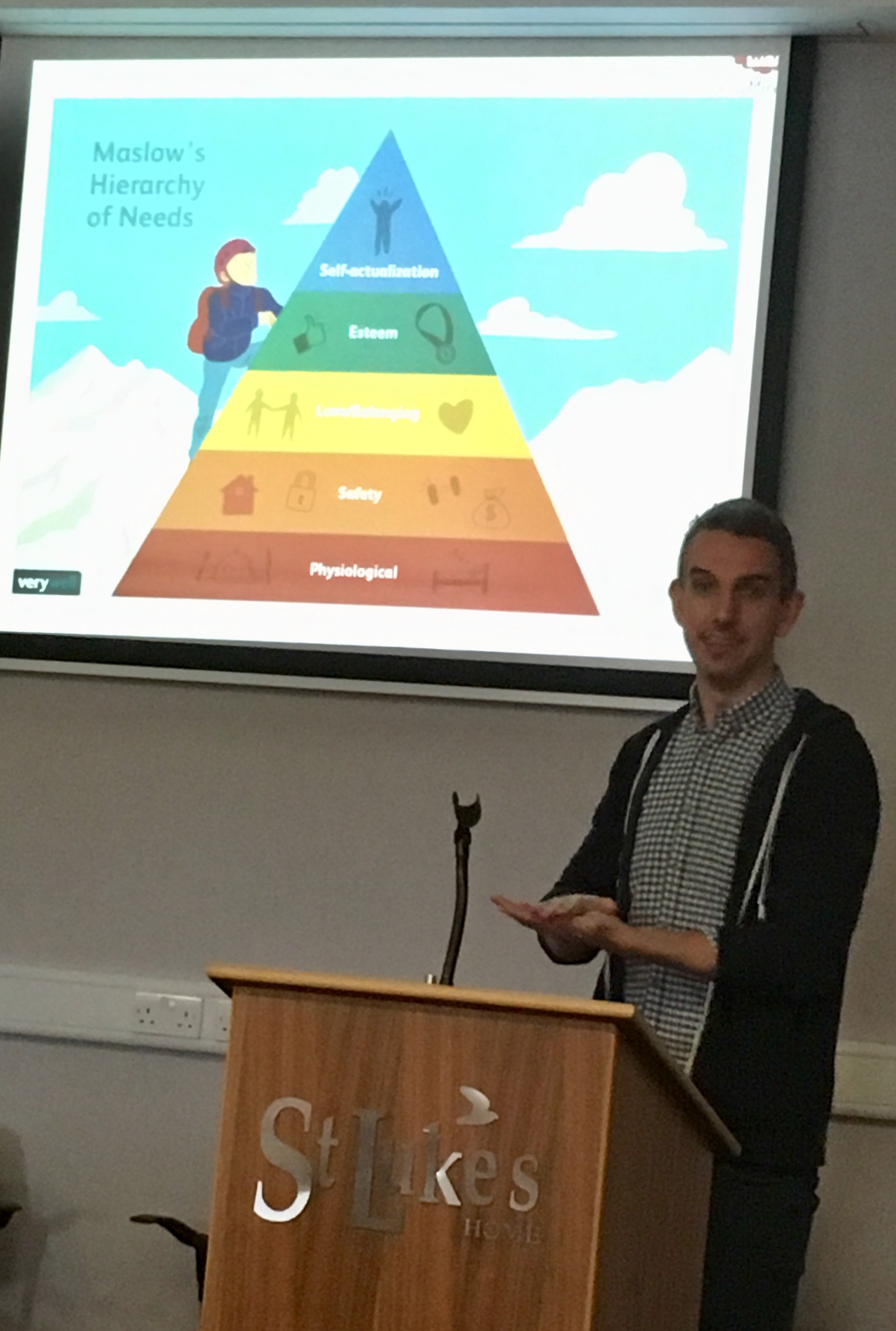 A Peace Banner Workshop was held on 21st September 2019 in the Northridge House Education Centre in Cork. This workshop was aimed at both schools and churches in the diocese.

Each parish and school in the Diocese were asked by the Bishop to send two representatives to the workshop.

A dedicated team of 15 people under the direction of Noeleen Hogan (an experienced Banner Maker who had been with us in 2017) prepared materials for 46 Banners in the morning ahead of everyone’s arrival at 2pm.

All banners have a backing colour of ‘United Nations’ Blue.  The wording on the school banner is ‘Teach Peace’ along with a Dove, while the parish church banner has a design of a lit Candle and the word ‘Peace’. Some of these Banners were later customised locally to reflect the uniqueness of each parish and school. 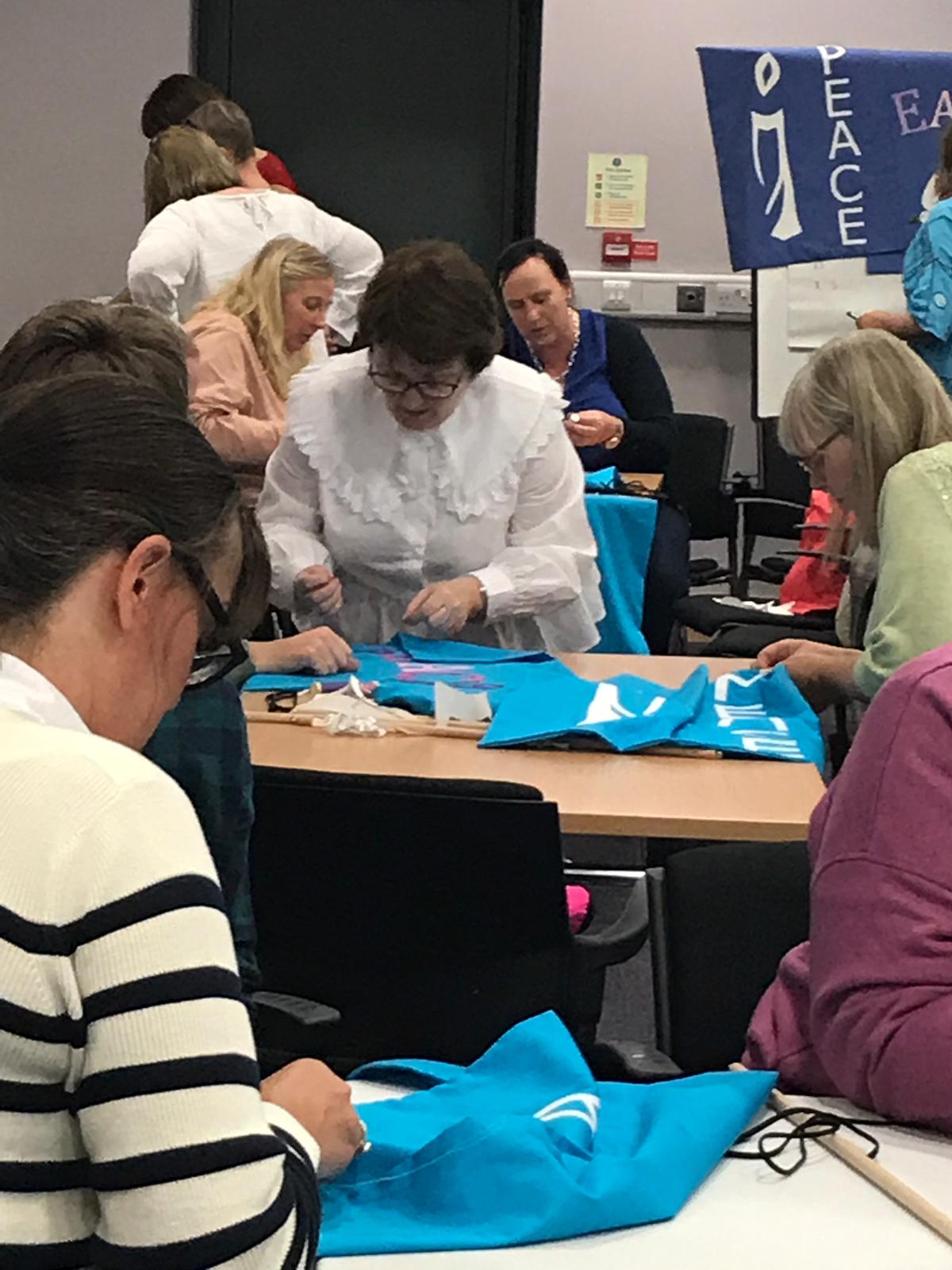 The banners will be used at diocesan events in the coming three years of marking major centenaries in the Diocese, for instance the end of the War of Independence, the end of the Civil War, as part of the Cork, Cloyne and Ross Centenaries Commemoration and Reconciliation Project. 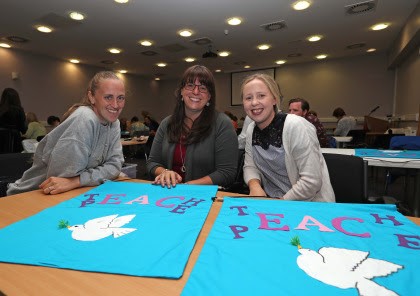 You can keep up-to-date by liking our Facebook Page ‘CCR Children’s Ministry’ or by emailing  dgdbowles@gmail.com

Safeguarding Trust training is mandatory for all those who work with children and is provided on a regular basis by the diocese.

Details of upcoming events and service times can be found locally or on our Diocesan calendar of events
Check out the Children’s Ministry Network or their facebook page for more details on what is happening around the country.

The Church of Ireland Children’s Ministry Development Officer is Lydia Monds
Cork, Cloyne and Ross Co-ordinator is the Revd David Bowles 089-2364969 or dgdbowles@gmail.com 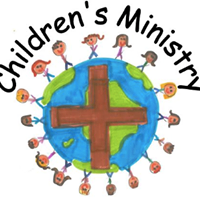 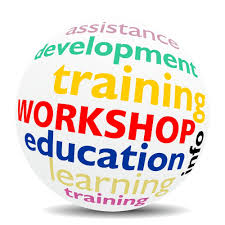