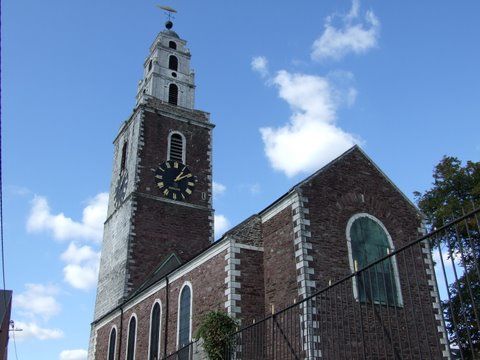 Find us on the Worth a Visit – Tourist Map

St. Anne’s was completed in 1722 as a ‘chapel of ease’ to the former St. Mary’s Shandon on Mallow Lane (Shandon Street), and was financed by public subscription. The original St. Mary’s church occupied the site of the present St. Anne’s but was severely damaged during the siege of Cork in 1690.

By the early 1770s the church had become a parish in its own right, The Rev’d Arthur Hyde was appointed as its first rector in 1772 (Great-great grandfather of the first President of Ireland Douglas Hyde). 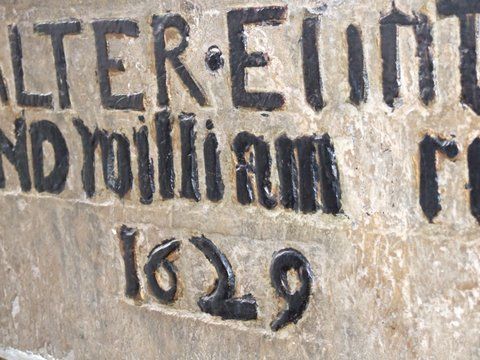 The Baptismal Font, dated 1629, is a relic from the Church destroyed in the siege of Cork in 1690 and bears the inscription, “Walter Elinton and William Ring made this pant (which was the Anglo-Saxon word for Font) at their charges”. Within is a pewter bowl dated 1773.

Architecturally, the design of the building is very simple. It consists of a square tower surmounted by a lantern; on top of the lantern is a copper dome with a gilded weather vane in the shape of a salmon. The famous bells in the tower were cast at Gloucester by Abel Rudhall in 1750 but were not installed until 1752.

Some of the bells have been recast over the years but still bear their original inscriptions. The bells were immortalised by the poet and writer Francis Sylvester Mahony, better known by his pen-name of Father Prout, in his famous poem ‘The Bells of Shandon’. Appropriately, Mahony is buried in the graveyard of the church.

The four-faced clock, made by James Mangan of Cork, was erected by Cork Corporation in 1847. On a part of the clock’s mechanism is the grim aphorism: ‘Passenger measure your Time, for Time is the Measure of your Being’.

Entrance to the Church is free.

Photography is permitted within the church except during services.
Under 18s are to be accompanied by an adult

Opening Hours:  Last Entrance to the tower is 30 minutes before closing

March, April, May, and October