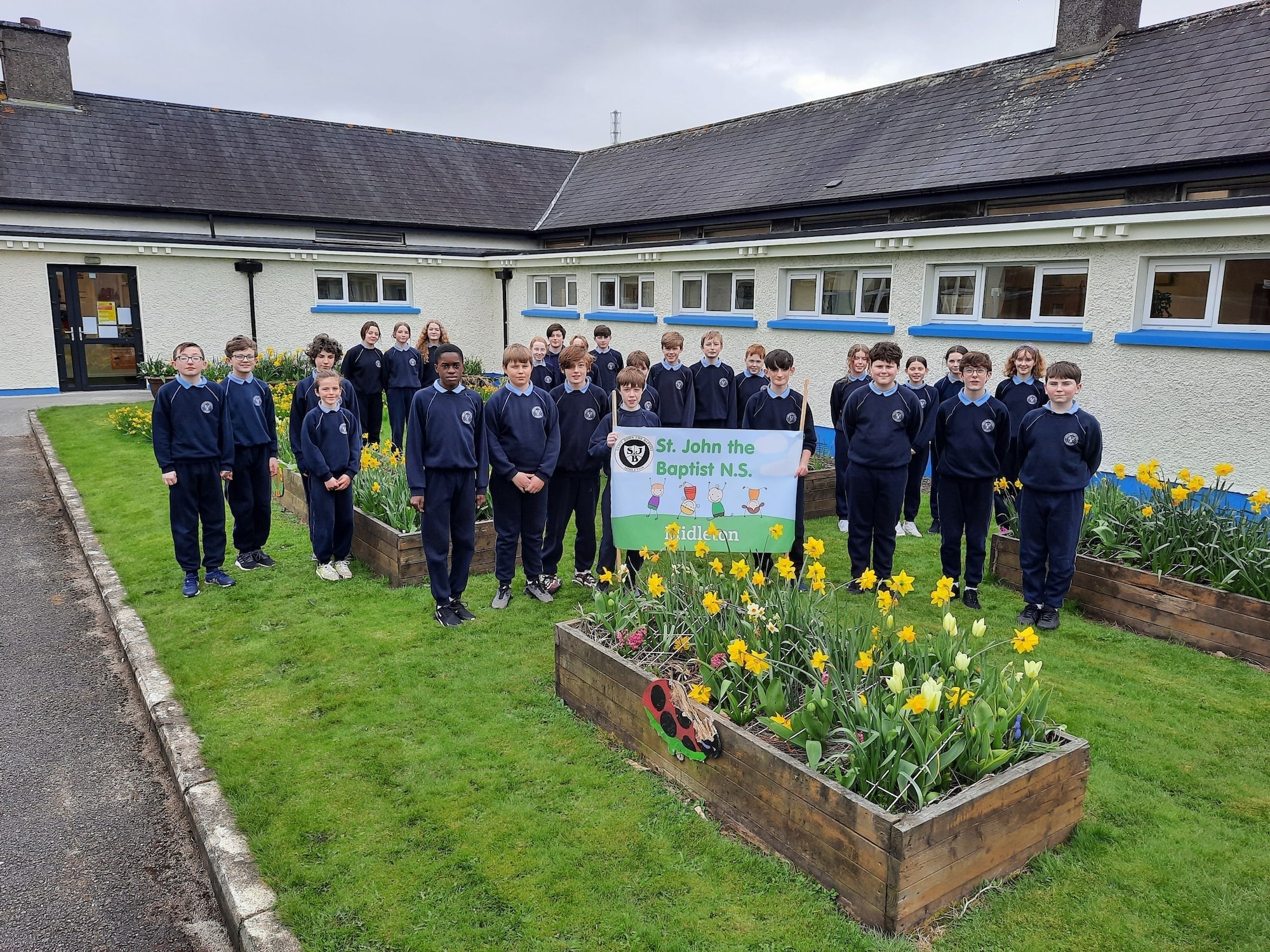 “Together, to learn and achieve”

The school has traditionally also served some members from the Church of Ireland community in the parishes of Castlemartyr, Cobh, Glanmire and Little Island.  It also serves the Presbyterian community and a number of other protestant communities in the area around Midleton.

Notwithstanding its commitment to the communities noted above, the school takes an ecumenical approach towards those of other Christian denominations and towards those of other faiths.  The school operates in a spirit of inclusiveness and openness towards everyone in its catchment area and aims to play a full part in the community life of that area.

St John the Baptist NS is a large co-educational school and was founded in 1880. It is situated in Midleton town, adjacent to Midleton College. In 1983 the school moved to its current location, having previously been situated beside the church in the Town. The current building, built in 1953, was previously occupied by St Colman’s Technical School. The school building has recently undertaken major renovations and a new 6 classroom extension has been completed.

Sport plays an important part in the school’s extra-curricular activities and the pupils are involved in hockey, rugby, soccer, athletics and swimming. Much of the coaching is done by parents and teachers on a voluntary basis. Matches are organised on a regular basis.

Also very popular is a weekly cookery class for sixth class and the Music Club.