It continues to support the hospital in its new form: the South-Infirmary Victoria University Hospital (SIVUH).

In 2012 the charity provided funds which for the refurbishment, upgrading and re-opening of an operating theatre at the Hospital in order to meet current demand. 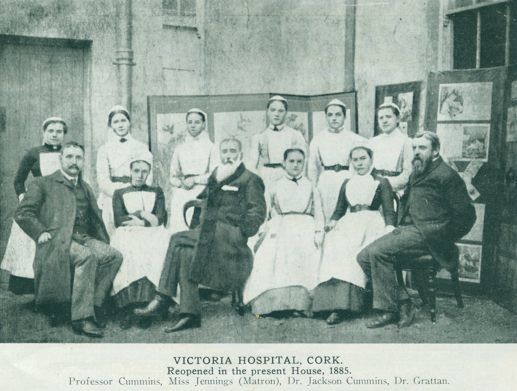 The Victoria Hospital, Cork was founded as ‘The County and City of Cork Hospital for Women and Children’ which was opened on Union Quay on 4th September 1874.  It was moved to 46 Pope’s Quay on 31st October, 1876 and to its present site on 16th September, 1885.  In 1901, its name was changed to ‘The Victoria Hospital for Women and Children.’  Male patients were first admitted in 1914.

In 1988, the Victoria Hospital (operated by a Protestant Charity) created ecumenical history by amalgamating with the South Infirmary Hospital (run by a Roman Catholic Charity) next door to form one hospital.  Both charities continue to nominate members of the Board of the Hospital.